I have always been interested in the variety of ways people deal with conflict. There are some people who thrive on the potential for conflict and others who will hold back so hard they bite their lip until it bleeds. I’ve come to realize that your personality and behavioral style are strongly related to how you manage conflict, miscommunication, and disagreements.

Some people are wonderful in the midst of a crisis. They are decisive, able to use common sense, and protect themselves and others without hesitation. Often, however, the people who do so well in conflict are also not afraid of conflict, so they are more likely to be the people who create conflict! In the MIND the Matters Program, these people are called the Directors. They thrive on conflict, handle crisis situations with ease and make rapid decisions. They love a challenge and are driven for the thrill of victory. 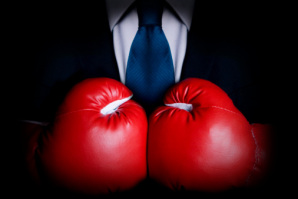 On the flip side is the opposite style, the Nurturers. The Nurturers’ natural response is not to fight, but to flee (at least internally). The Nurturer will tolerate conflict even though it makes their skin crawl to limit the intensity of the conflict. They will hide their emotions as much as possible. Watch out, though! There will be the rare occurrence when all that emotion and resentment reaches a critical pressure point and the pipe bursts. At this point no one should mess with the Nurturer. Once they apologize for their outburst, they will go back to hiding their emotions.

The Investigator flees from conflict and threat by removing themselves from the situation as quickly as possible. They are not quick thinkers, so they step away to keep things calm while they think through to find a way to solve the disagreement. There are times when the Investigator will avoid people and situations if there is the slightest discord or they sense conflict brewing. Investigators remove themselves to analyze the potential threat, calculate the probability of injury, and do a risk analysis, at which time they are paralyzed and frozen.

The Motivators are optimistic and positive. They want to be around people and positive situations and will dodge any conflict if possible. Conflict equates to rejection and they do not want to be disliked. However, since they are so persuasive, they will disarm others with their influence, light-heartedness and skillful persuasion.

5 Simple Ways to Improve Your Friendships

5 Signs You Have An Anger Problem

Inspire Others To Pay It Forward